Download our mobile for FREE on the Google and the Apple App Store! Learn the basic fundamentals of the ancient Hebrew language at any given time.

Over 10,000 downloads on the Google Play Store!

Over 5,000 downloads on the Apple Play Store! 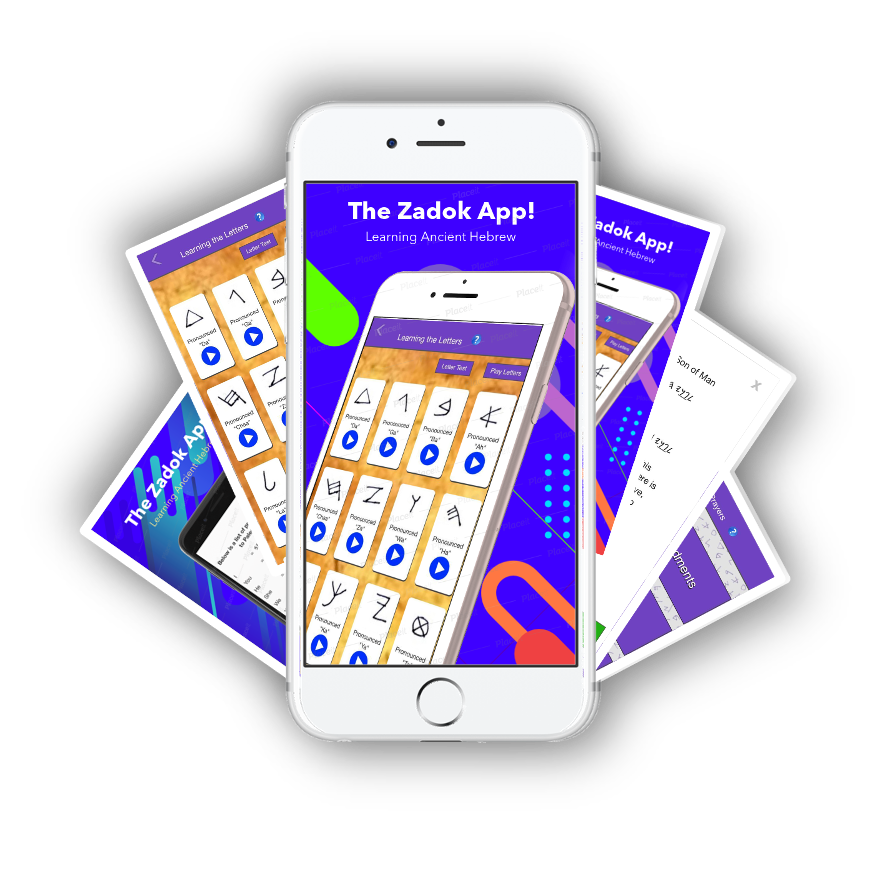 The Zadok App is the very first digital tutorial that teaches users how to learn the ancient hebrew (Paleo) language.
This tutorial app will show you how to read and speak the letters, pronouns, and adjectives in ancient hebrew. This app will explain how to structure and pronounce sentences. For more information on these additional services please Contact Us.

Zadok
Many people believe modern hebrew (aramaic) was the language that Moses (Mosheh) and the Israelites spoke when fleeing from Egypt. The truth is - they were speaking Ancient Hebrew (Paleo).

This tutorial app will show you how to read and speak the letters, pronouns, and adjectives in ancient hebrew. This app will explain how to structure and pronounce sentences. 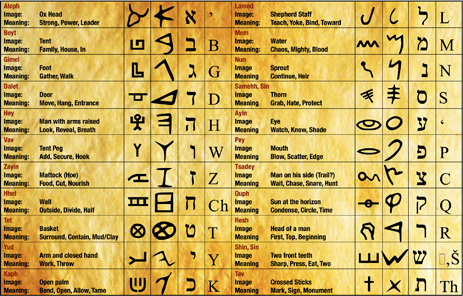 About
The ancient hebrew language was once a world-dominating language that was spoken by all of the inhabitants of earth. Many artifacts have been found in diverse regions on the world - from New Mexico(USA) to China.

When Moses (Mosheh) came down from the mountain with the tablets, many people believe that the modern-day hebrew (aramaic) was the language on the tablets. Hoever, this is far from the truth - the truth is it was written in ancient hebrew.

In Genesis, the 11th chapter explains about there being one language on the entire earth:
GENESIS 11:1
And the whole earth was of one language, and of one speech.
But Nimrod and his family decided to build a tower to reach heaven:
GENESIS 11:2-5
2 And it came to pass, as they journeyed from the east, that they found a plain in the land of Shinar; and they dwelt there.
3 And they said one to another, Go to, let us make brick, and burn them thoroughly. And they had brick for stone, and slime had they for morter.
4 And they said, Go to, let us build us a city and a tower, whose top may reach unto heaven; and let us make us a name, lest we be scattered abroad upon the face of the whole earth.
5 And the Lord came down to see the city and the tower, which the children of men builded.
However, Our Father Yahowah, decided to permanently halt their plans:
GENESIS 11:6-7
6 And the Lord said, Behold, the people is one, and they have all one language; and this they begin to do: and now nothing will be restrained from them, which they have imagined to do.
7 Go to, let us go down, and there confound their language, that they may not understand one another's speech.
In these last days, Our Father Yahowah has informed us that he would awaken the lost sheep of Israel, and that they would return to the old way and return to the pure language that was spoken by their ancestors:
ROMANS 11:25-26
“For I do not want you, brethren, to be uninformed of this mystery–so that you will not be wise in your own estimation–that a partial hardening has happened to Israel until the fullness of the Gentiles has come in; and so all Israel will be saved.”

ZEPHANIAH 3:9
For them will I turn to the people a pure language, that they may all call upon the name of the Elohim, to serve him with one consent.

Looking for more information on the ancient hebrew language?